The cards below would not have been created today if it hadn't been for the big box of new goodies that arrived by courier this afternoon...

In addition to my rather early birthday present (my birthday isn't until the end of October but what's a girl to do if she spots an offer that is too good to pass up on), the box also contained a bunch of Imagination Crafts 6x6 stencils that were a bargain at about 1 dollar apiece. 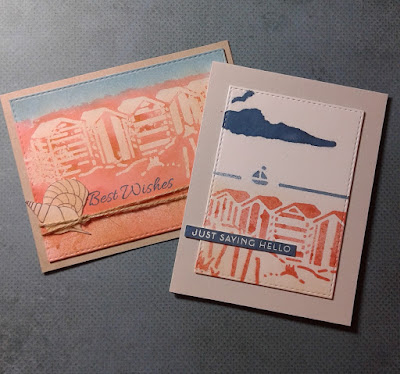 I dug up the very few ink and shimmer sprays that I own and decided to use two of those with my beach hut stencil, resulting in a stenciled design and a monoprint using the ink that was left on the stencil. 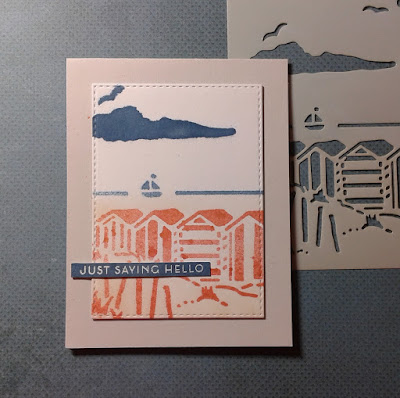 I cut down my first panel using a stitched rectangle die and foam-mounted it to a grey card. I heat-embossed the sentiment in white onto a strip of cardstock that I had 'inked up' using the same spray that I had used for my stenciled design. 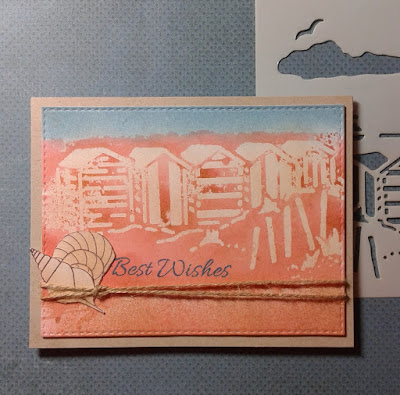 I used a larger stitched rectangle for my monoprint panel and added some distress inks (antique linen, tumbled glass and weathered wood to the white parts. The shells were stamped, inked up (antique linen) and fussy cut. The sentiment was stamped using DOI.

My Hello card is playing at: 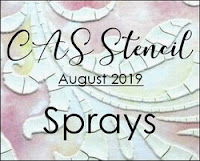 My twofer cards are playing at: