It's been ages since I've played along at Tuesday Morning Sketches, but this week's sketch appealed to me. In addition, it was the perfect starting point for breaking in my June 2020 Love from Lizi kit, which was chock-full of ephemera pieces, such as this sweet girl and her cat. 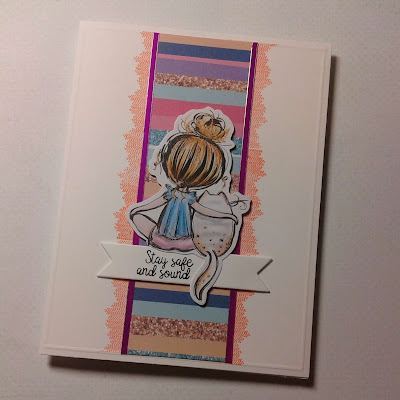 I started with a strip of one of the 6x6 patterned papers included in the kit and added pink peel-off strips, also from the kit. To counterbalance the pink, I used Bellini ink (CP) to stamp a wavy border (PTI) on either side of my PP strip.
To keep my card CAS, I did not add an extra layer of PP. Instead, I embossed a line around the perimeter of the card using my Scor-buddy. I stamped a sentiment from the stamp set from the kit onto a die cut banner and popped up my sentiment and ephemera piece using foam tape. I had also added a bit of extra colour to the image using coloured pencils. 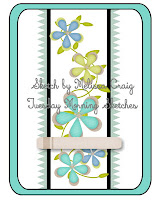 Hi there! I'm popping in with my twofer circle cards for this month, using a couple of nested circle dies (Lifestyle Crafts). 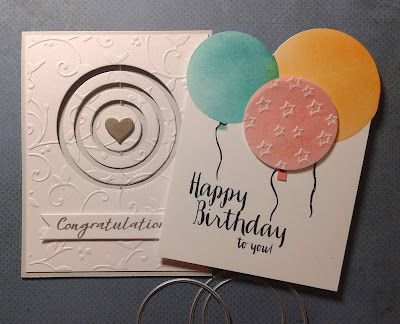 Since I needed an anniversary card, I decided to go with a white embossed panel and to revisit a technique that I had used before on this Christmas card. But this time I used several circle rings instead of a snowflake inside my circle frame. I die cut the largest circle from the white panel as well as my light grey card base. I could not find a suitable sentiment stamp saying 'Happy Anniversary', so I used a 'Congratulations' stamp (Altenew) instead, which I heat embossed in liquid platinum ep onto a die cut banner. I also heat embossed a scrap of card stock, from which I die cut a heart. 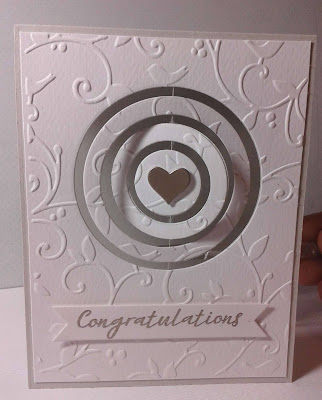 For my second card, I die cut two of the circles from vellum to create a stencil to do some ink blending and then used the partial die cutting technique to die cut the top of my panel. For my third balloon, I first used the larger stencil circle to do my ink blending and then used the smaller circle die to die cut it. I embossed the smaller die cut vellum circle using an older embossing folder and adhered that to the bottom balloon, that I popped up using foam tape.
I adhered my panel to an almost square card, with the fold hiding behind the balloons. 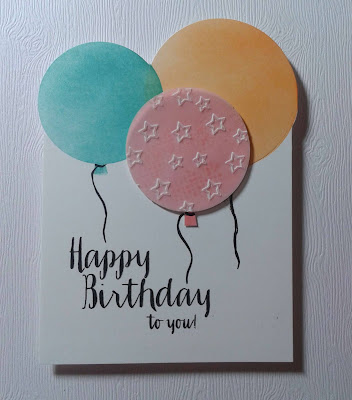 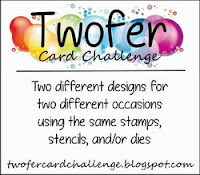 My birthday card is also playing at: 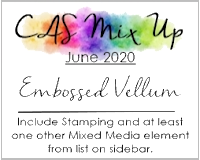 My anniversary card is also playing at:

HLS - Anything goes with dies 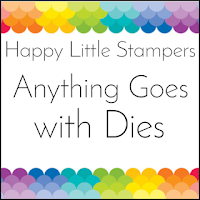 Watercooler Wednesday - #227 All about occasions 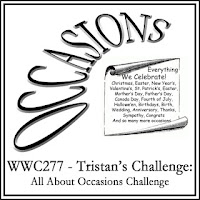 Hello crafty friends! Hope you all continue to be safe and well. Here in Crete, we are preparing for the tourist season that will gradually start in the next few weeks. After months of relative safety (with only 21 confirmed corona cases across the island but none close to where we live, hubby and I are apprehensive as to what will happen in the upcoming weeks and months. Although we felt safer without the tourists (and without travelers from the mainland for that matter), most of the people we know depend on tourism for their work and income. Let's just hope everyone will (continue to) act responsively and not endanger the more vulnerable people in our society.

I also found time to create a card for a couple of challenges, some of which are relatively new to me. 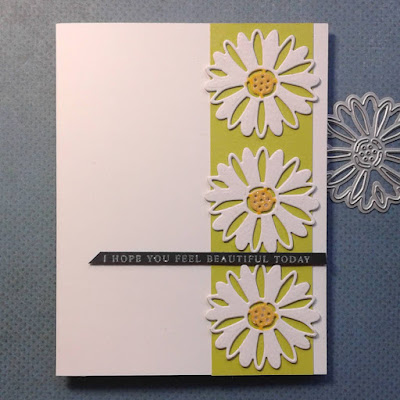 I used one of the dies from a set of flower dies from Love from Lizi to die cut 6 flowers, so that I could double up each of my flowers for sturdiness and extra dimension. I coloured the hearts of my daisies using a Copic marker and then added some liquid glue so that I could add glitter. I layered my daisies onto a strip of shimmer cardstock (DCWV) and finished off with a small foam mounted sentiment strip. I heat embossed the sentiment (Altenew) by stamping it in white Unicorn pigment ink and then sprinkling Wanderlust glitter ep (WOW). 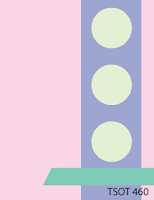 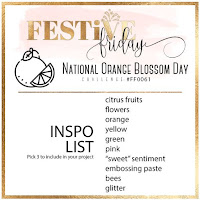 Seize the Birthday - #192 All about summer 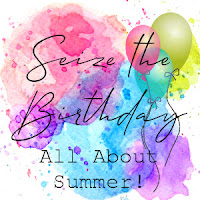 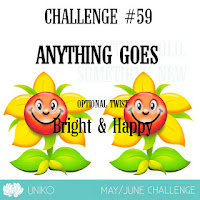